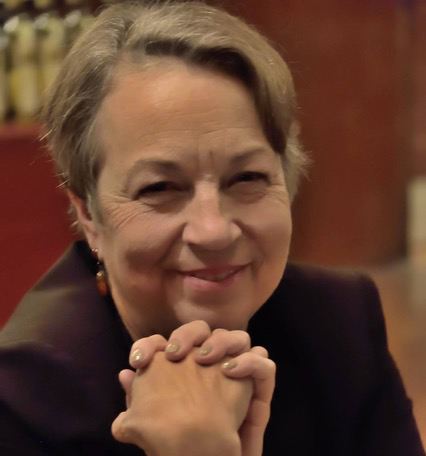 Deborah Brevoort is a playwright and librettist from Alaska who now lives in the New York area.  She is an alumna of New Dramatists, one of the original company members of Alaska’s Perseverance Theatre, a member of the playwright’s collective at Florida Studio Theatre and a co-founder of Theatre Without Borders, dedicated to international theatre exchange.

She is best known for her play The Women of Lockerbie, which won the Kennedy Center’s Fund for New American Plays Award and the silver medal in the Onassis International Playwriting Competition.  Published by DPS and No Passport Press, the play has had over 750 productions and is translated into nine languages.  It is produced around the world.

Deborah’s latest play My Lord, What a Night, was produced at Ford’s Theatre in Washington DC after a rolling world premiere with National New Play Network at the Contemporary American Theatre Festival in WV, Orlando Shakespeare Theatre and Florida Studio Theatre.  It has been optioned for productions on the West End and Broadway and will be produced at the Wallis Annanberg Center in L.A. in 2023. It began as a one-act play commissioned and produced by Premiere Stages in the NJ Liberty Live program.

The Drolls, a full length comedy about the closure of the theatres in Puritan, England in 1659 was commissioned by Florida Studio Theatre during the Covid 19 pandemic.

The Blue-Sky Boys, a comedy about the role of the imagination in NASA’s Apollo program, was written with a commission from the EST/ Sloan project. It was produced at Barter Theatre and Capital Rep, directed by Gordon Greenberg, where it was the #1 critics pick for 2016.

The Comfort Team, about military wives during the surge of Iraq, was written with a commission from the Virginia Stage Company, where it premiered in 2012.  It was the first-ever theatre project to receive a grant from Harpo Marx’s Harpo Foundation.  It also received an artistic excellence grant from the National Endowment for the Arts.

The Poetry of Pizza, an Arab/American cross cultural comedy about love, was produced at Jeff Daniel’s Purple Rose Theatre,Virginia Stage, Mixed Blood Theatre, California Rep, Centenary Stage, Theatre in the Square and Stage 3.  It premiered in Denmark, in Danish, in 2012.

The Velvet Weapon, a back stage farce, was written with a grant from CEC ArtsLink and a playwriting fellowship from the NJ State Council on the Arts. It won the national playwriting contest at Trustus Theatre and received a workshop in LaunchPad at UC Santa Barbara.

Blue Moon Over Memphis, her Noh Drama about Elvis Presley, is published by Applause Books in “The Best American Short Plays.” It is currently touring internationally in a traditional Noh production by Theatre Nohgaku.

Her latest opera is The Knock, with composer Aleksandra Vrebalov.  It was commissioned by Glimmerglass Opera where it was made into a live-action film that premiered in 2021.  It will receive its stage premiere at Cincinnati Opera in 2023.

During the pandemic, she was commissioned by Fargo Moorhead Opera to write Dinner 4 3, with composer Michael Ching, based on Boccaccio’s The Decameron, as part of an opera web-series, titled Tales from a Safe Distance, produced by the Decameron Opera Coalition.

Quamino’s Map, an opera about American enslaved men who fought for the British during the Revolutionary War, was commissioned and produced by Chicago Opera Theatre in 2022.  It was composed by Errollyn Wallen.

Murasaki’s Moon, an opera with Michi Wiancko, was commissioned by NYC’s Metropolitan Museum of Arts, On-Site Opera and American Lyric Theater. It premiered at the Met in 2019.

Embedded, an opera inspired by Edgar Allan Poe, with composer Patrick Soluri, was commissioned by the American Lyric Theater (ALT).  It won the Frontiers competition at Ft. Worth Opera, where it was produced in 2016. It premiered at the Fargo-Moorhead Opera.

Steal a Pencil for Me, an opera set in the Holocaust, with composer Gerald Cohen, won the 2016 Frontiers competition at Ft. Worth Opera and premiered at Opera Colorado in 2018.

Albert Nobbs, an opera with composer Patrick Soluri, won the 2019 Frontiers Competition at Ft. Worth Opera.  It was  a finalist for the 2018 Pellicciotti Prize in Opera composition.

Coyote Goes Salmon Fishing, a musical with composer Scott Richards, won the Frederick Loewe Award and was produced at the University of Houston by Stuart Ostrow and Perseverance Theatre in Alaska, directed by Molly Smith.

King Island Christmas, an oratorio with composer David Friedman, also won the Frederick Loewe Award. Based on the Alaskan children’s book by Jean Rogers, the cast album was produced by 12-time Grammy winner Thomas Z. Shepard, featuring Chuck Cooper and Marin Mazzie.  There have been over 60 productions in the US, Canada and Australia. It is being developed for children’s television in Canada. Goodbye My Island, a musical with David Friedman, also based on an Alaskan children’s book by Jean Rogers, was workshopped at New Dramatists with grants from Cameron McIntosh and Yip Harburg Foundations.

Deborah is currently writing Loving, a musical about the Loving vs. State of Virginia story with composer Diedre Murray; The Dowry, an opera with Shawn Okpebholo, and Divorcing Gordon, a play. Other projects in the pipeline include: Tiffany Girl, a musical about Clara Driscoll, the true creator of the Tiffany Lamp, with composer Julianne Wick Davis; and The Red Thread, an opera with Wang Lu.

Deborah serves as an artistic mentor to the NBO Musical Theatre festival in Nairobi, Kenya where she is currently mentoring 14 new musicals written by Kenyan composers and writers.

She received the Paul Green Award from the National Theatre Conference for her musical book writing. She has received grants and commissions from the NEA, Rockefeller Foundation, NYFA, CEC Arts Link, New Jersey Arts Council, Alaska State Council on the Arts, Danish American Society, Ludwig Vogelstein Foundation, American Antiquarian Society, Brown University, The Harburg Foundation, Banff Playwright’s Colony and others.  She received the Joe Calloway Award and was a MacDowell Fellow.   She has done residencies in Canada, Mexico, Australia, Denmark and the Czech and Slovak Republics. She is a resident artist at the American Lyric Theater. She is a member of ASCAP and the National Theatre Conference.